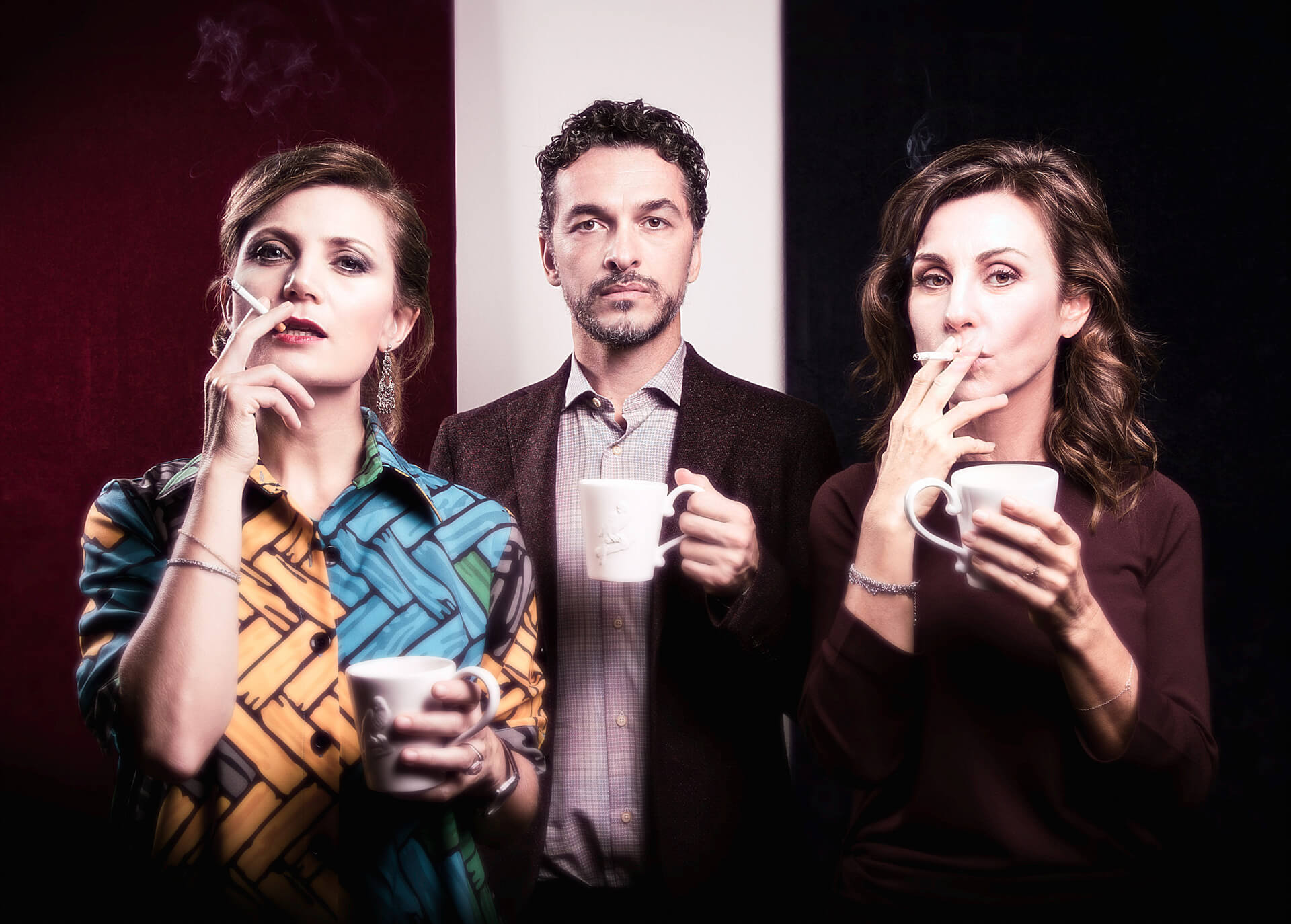 The Nobel Prize winner Harold Pinter, master of both silence and words, composes a strong and ambiguous work.

The setting is England , 1970, on an isolated farm by the sea. A couple who have been married for 20 years, Kate and Deeley, receive a visit from Anna, an old friend of Kate’s with whom she had experienced the intense and effervescent London in the Fifties. And those “old times”, cheerful, free and happy emerge once again:the days when Anna and Kate used to have fun in fashionable places, when Anna and Kate attended art galleries and exhibitions. Deeley is curious. At first he experiences their charm but then becomes overwhelmed by a deep fear: Anna arouses a distant intimacy with her best friend, his wife, an intimacy he was never a part of. So the “betrayed” husband looks for Anna’s complicity who, in turn, shuffles the cards to catch Kate’s attention and to keep her clinging to her image of the past. Blurred, ambiguous hesitant stories follow. Who is telling the truth? Who is lying and to whom? Is it all a dream? Are these characters facets of a single person?

“Old Times” was written by Harold Pinter in 1970 and staged for the first time on June 1, 1971 at the Aldwych Theatre in London by the Royal Shakespeare Company. Directed by Peter Hall, the play was performed by Colin Blakely, Dorothy Tutin and Vivien Merchant, the English actress who Pinter married in 1956 and who acted in many of his works.

The play was first performed in Italy in 1973 with the modified title “Tanto tempo fa”.

The opening night, at the Teatro Argentina, in Rome, was a success. However Harold Pinter didn’t like the Italian version of Old Times and took away Viscont’s rights to staging the play, saying that he hadn’t adopted the translation indicated by him.

Old Times was put on again in 2004 , once more with Umberto Orsini as protagonist. This time things went differently. With the typical British irony that distinguished him  Pinter said to the director Roberto Andò: “I can’t wait to go to Milan and see Old Times. It’s the first time that it is performed in Italy, apart from the “homonymous” text by Visconti…”

“A married couple are visited by an old friend of the wife’s on an evening in England. Three people, during the course of an evening talking and interacting with each other, in an isolated converted farm house, removed from a larger scenic London, Sicily, China and the cultural revolution. Simple story where nothing really happens.

But this is Harold Pinter, master of the unsaid, the silence, the pause. The ambivalence of every possible interpretation of definition, the potential for violence, the threat of intruders, the art of war through language, the never-ending need to have power over someone else, the preoccupation with past events: all is majestically encased in a strange and distorted civility that leaves us asking questions without the possibility of ever finding answers.

The questions were the thing that interested me the most. From the onset of the play ( and all his other works) we are presented with situations that demand us to participate. Pinter does not leave us out of the play for a second but badgers us to ask things through the characters that reflect unanswered questions in our own lives. If the past I know does not exist for you the way I see it, does that mean I don’t exist? And what importance does that have in relationship to all the events of my life? The questions are endless. The answers evasive and mercurial. Pinter himself, when asked about the meaning of ‘Old Times’ was as evasive as the play itself ‘it happens…it all…. happens’.

Of course as a director, at some point, has to make choices, which is a particularly daunting task, knowing that somewhere within the multitude of ambiguities, there is something that Mr. Pinter wanted to achieve. That has been and will continue to be my pursuit during this process.

While working on this play, I ran into an old friend whom I had not seen for over ten years who boldly invited himself to my house for dinner, to catch up and of course chat about our ‘old times’.

I could tell that his relationship to me was based on a younger version of myself where he could maintain a superior position. This frightened me and yet, at some point during the evening, I asked him a question which exposed something he violently did not want to admit about how he felt for his former girlfriend.

‘I am not your family and neither is she’, I replied. ‘We were simply all friends…’.

His eyes penetrated me with the look of murder.

And calculating his response he scoffed: ‘When did you grow up?’

I looked at him with true empathy and yes, a hint of pity. ‘A long time ago my friend’.

I never saw him again. 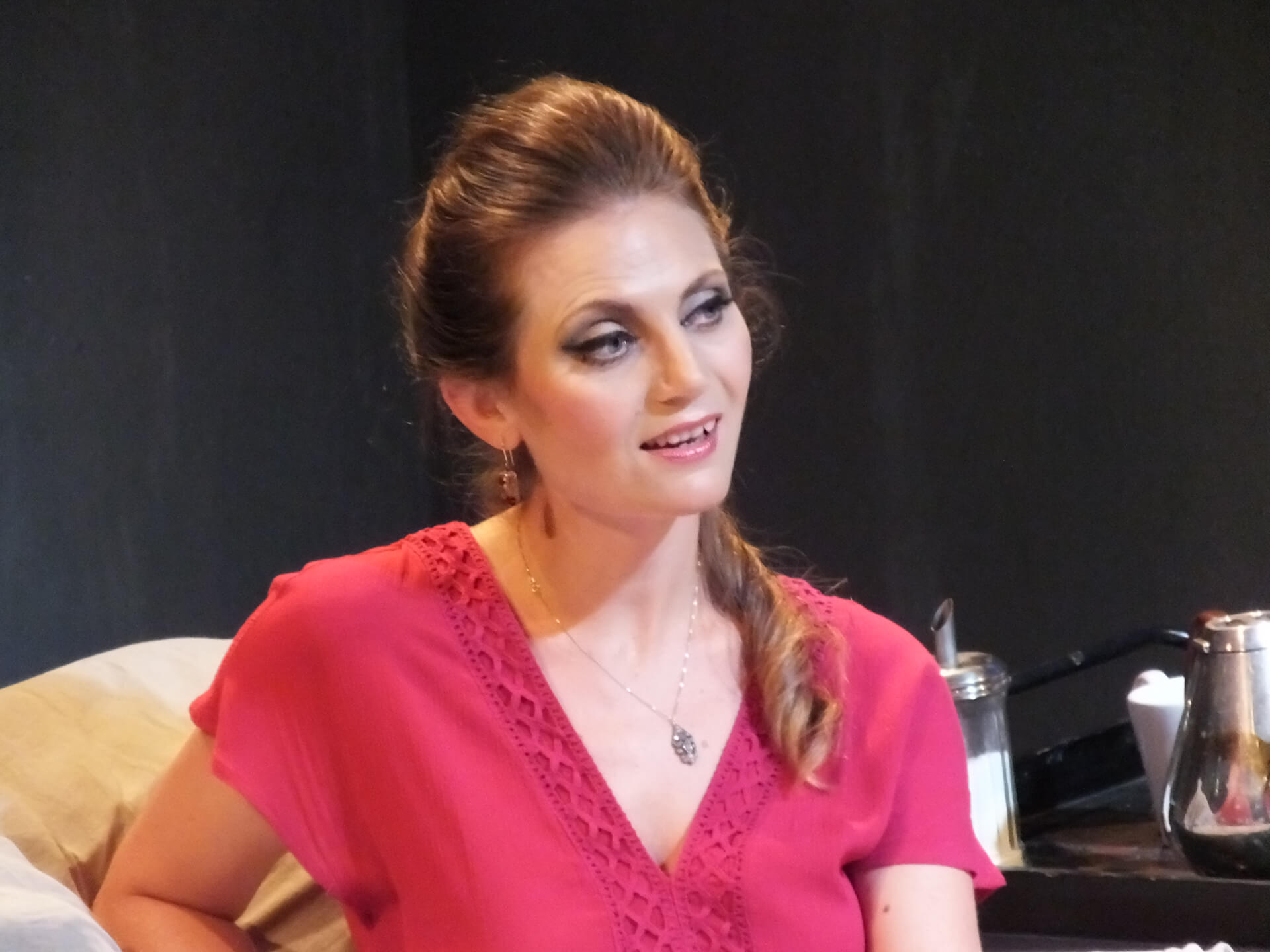 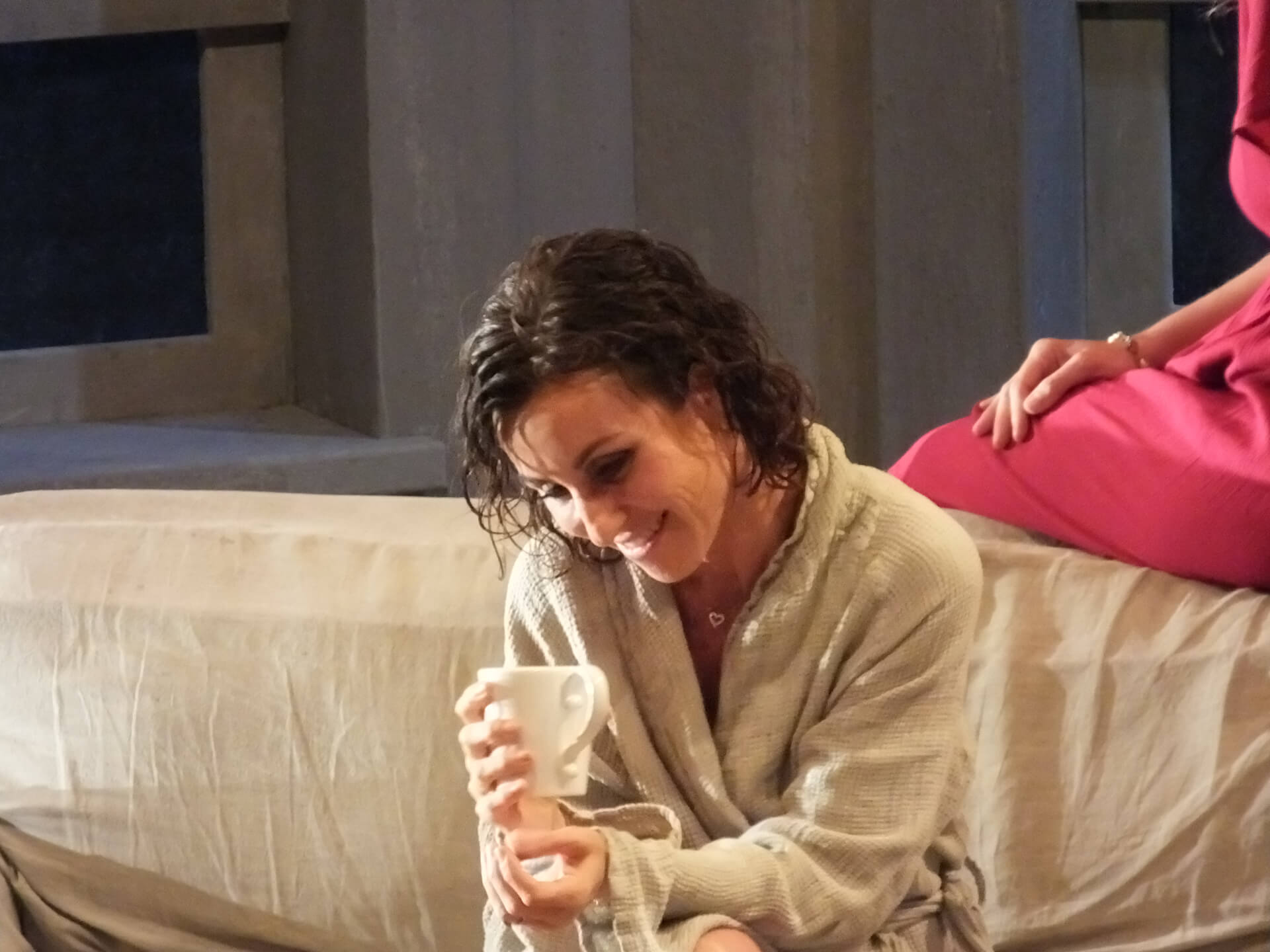 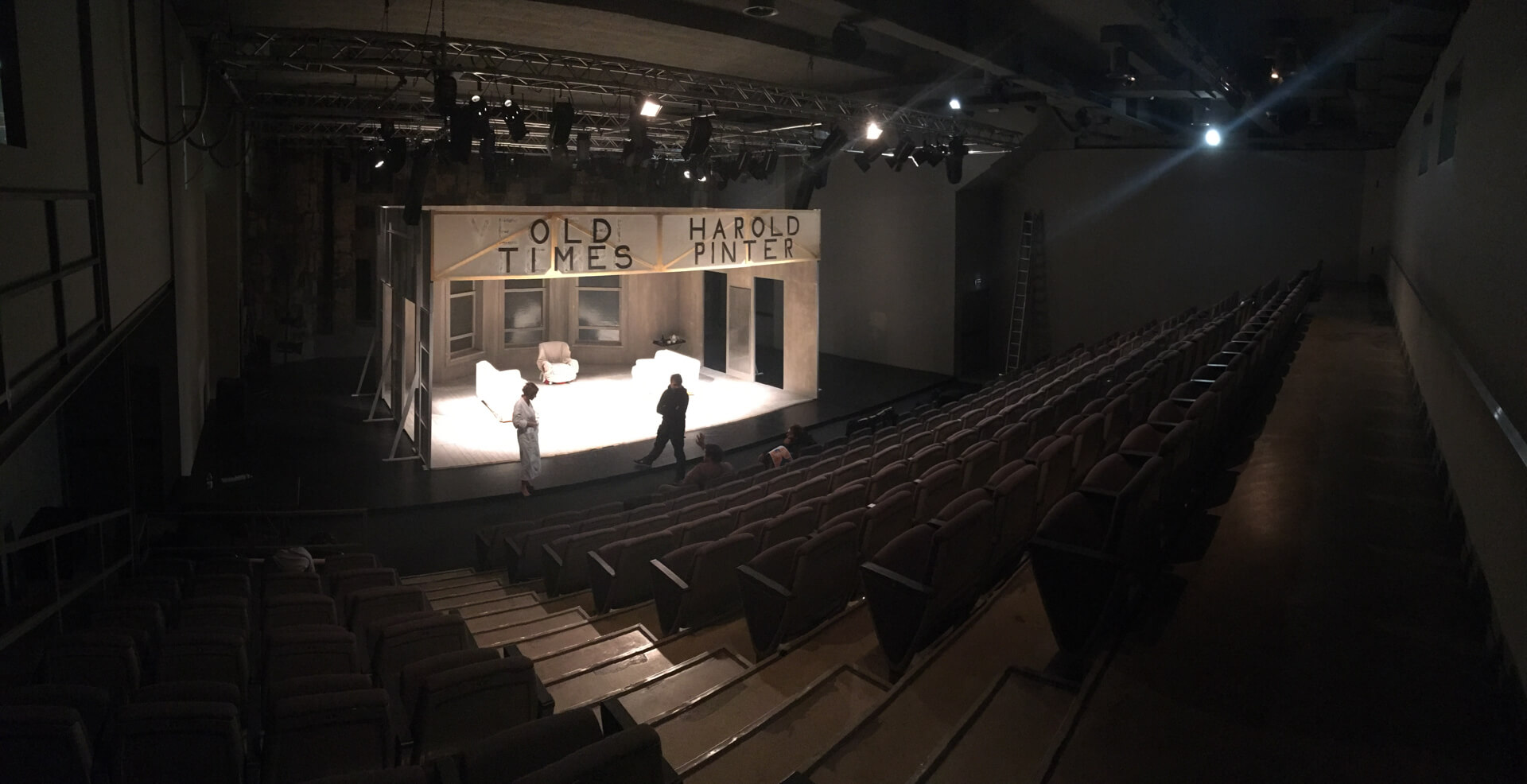 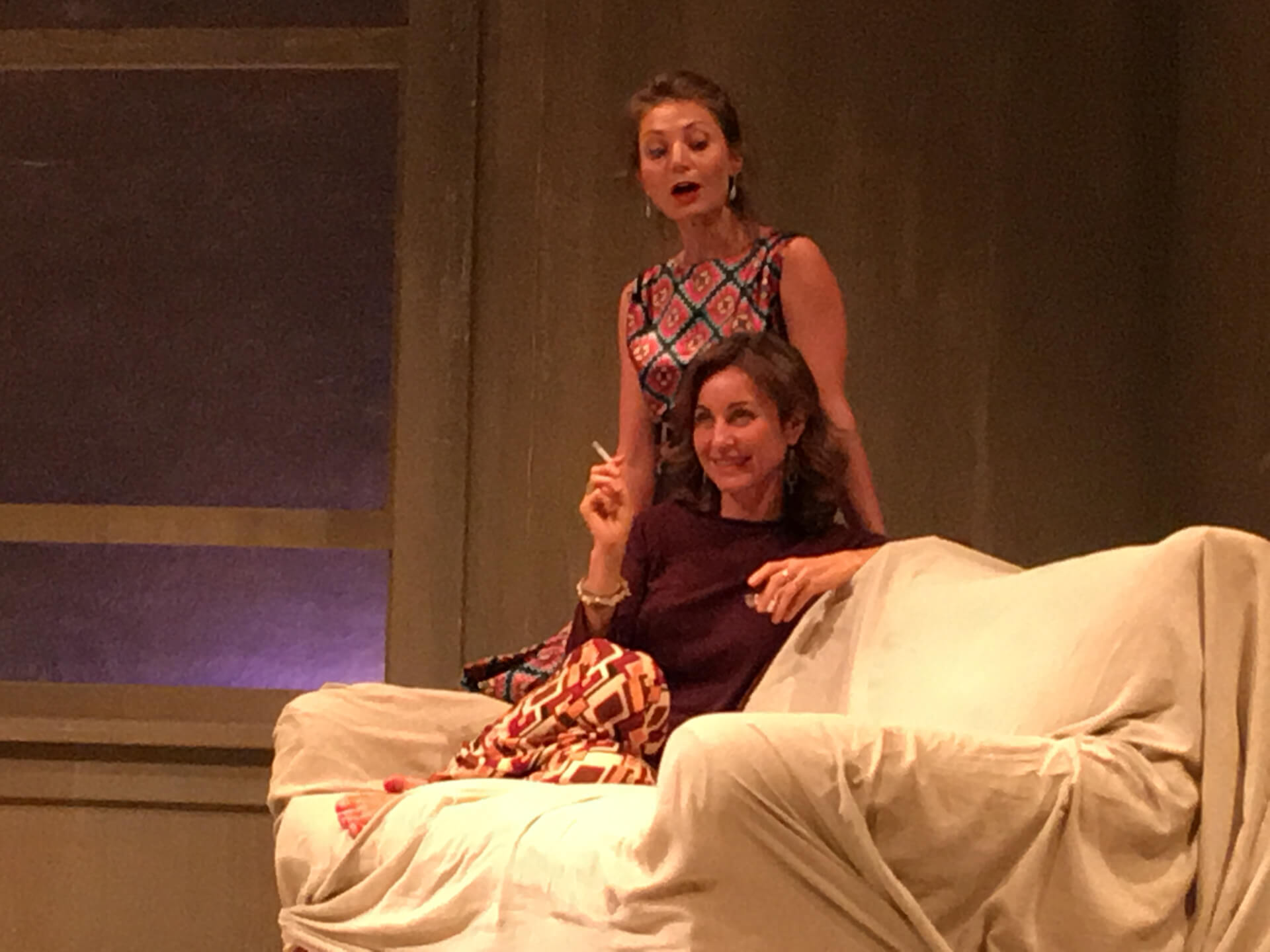 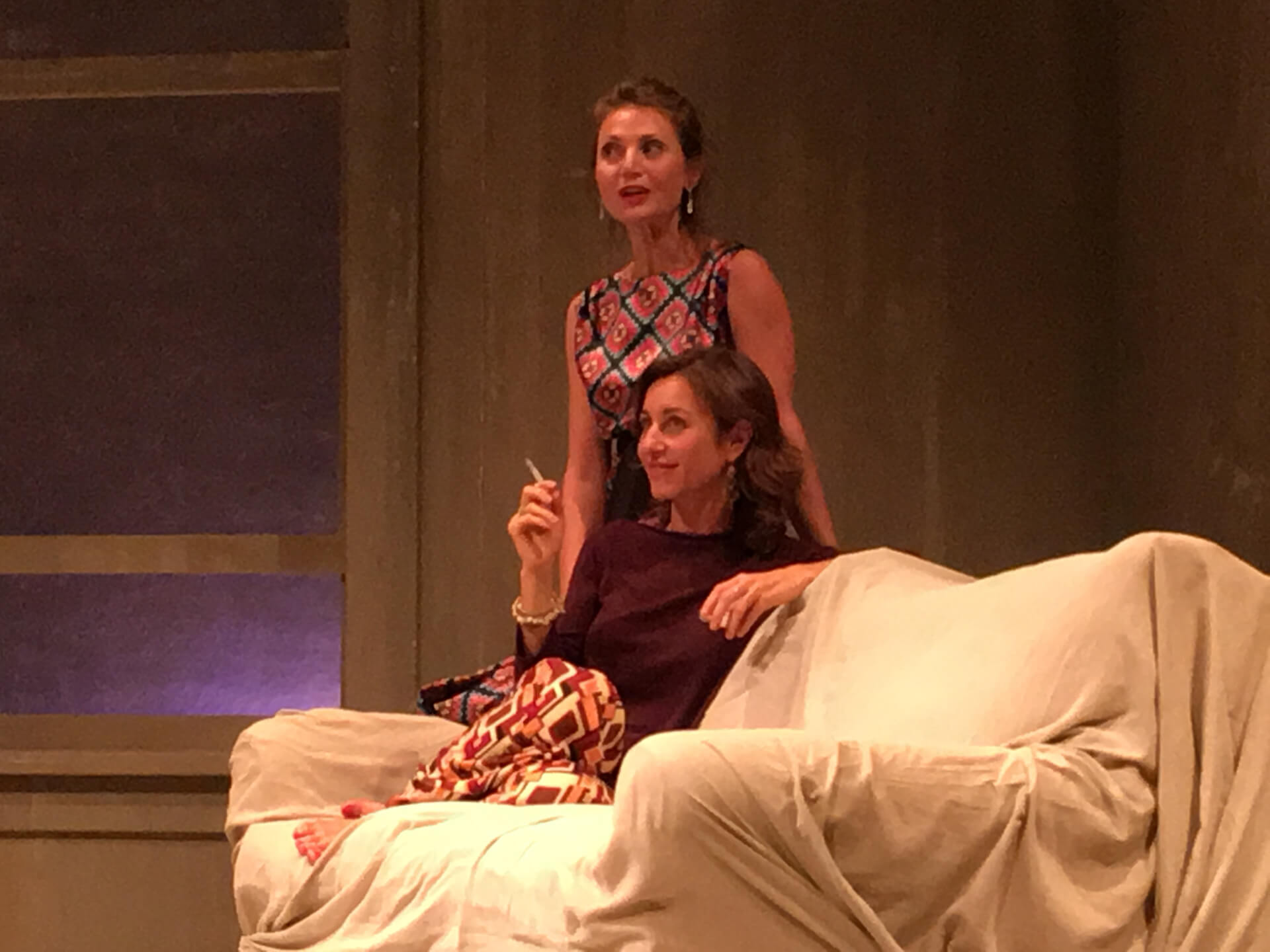 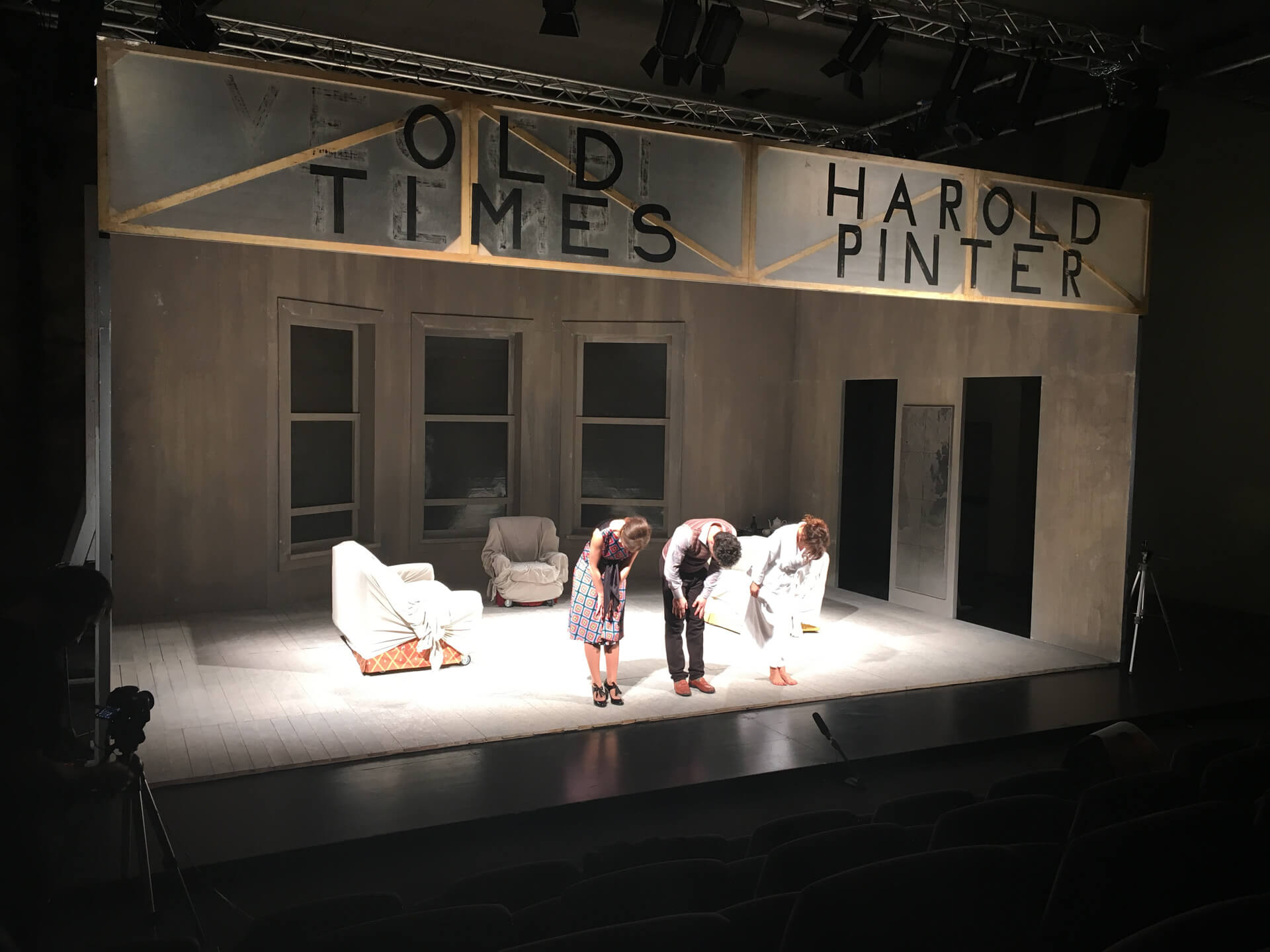 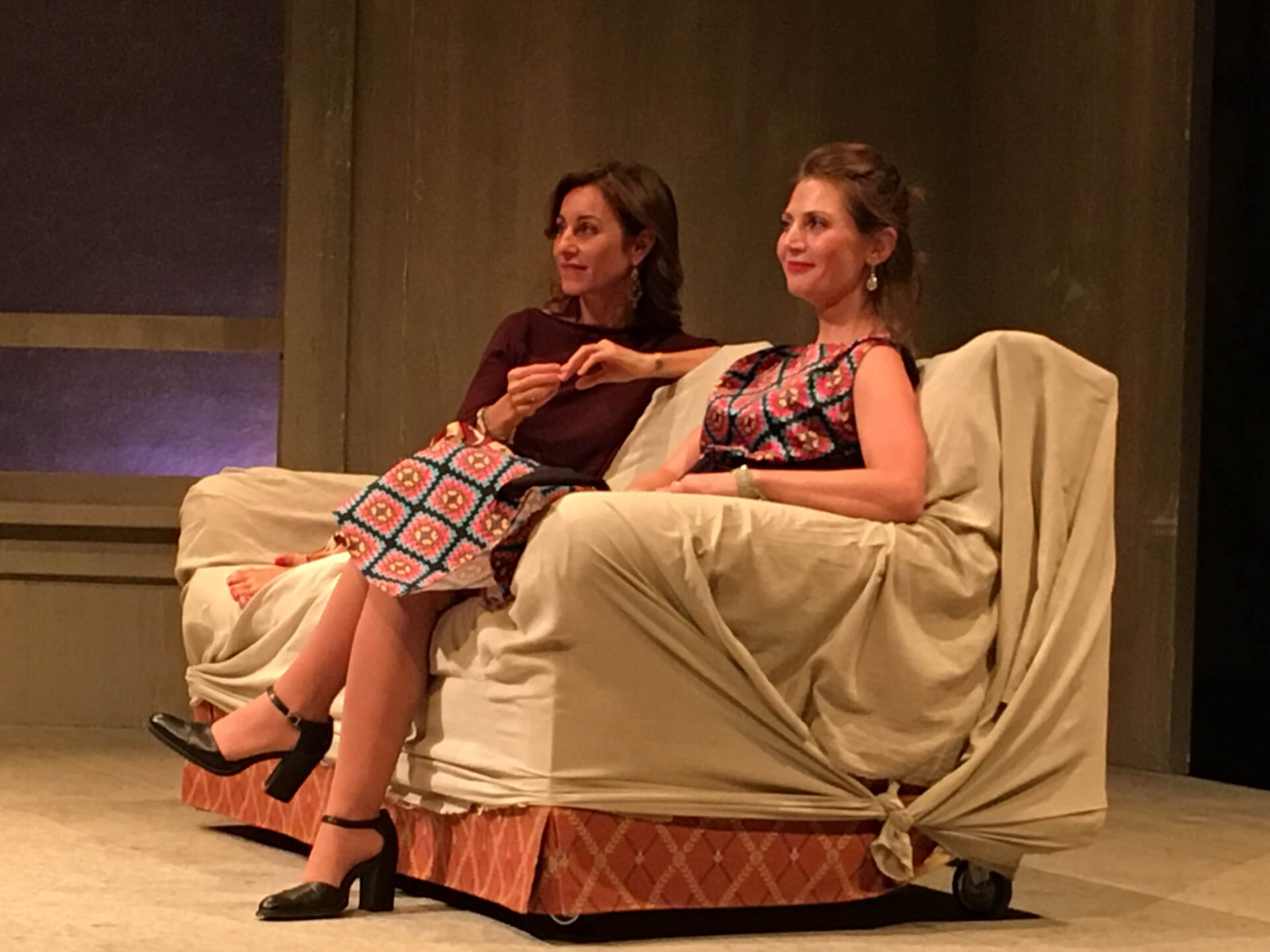 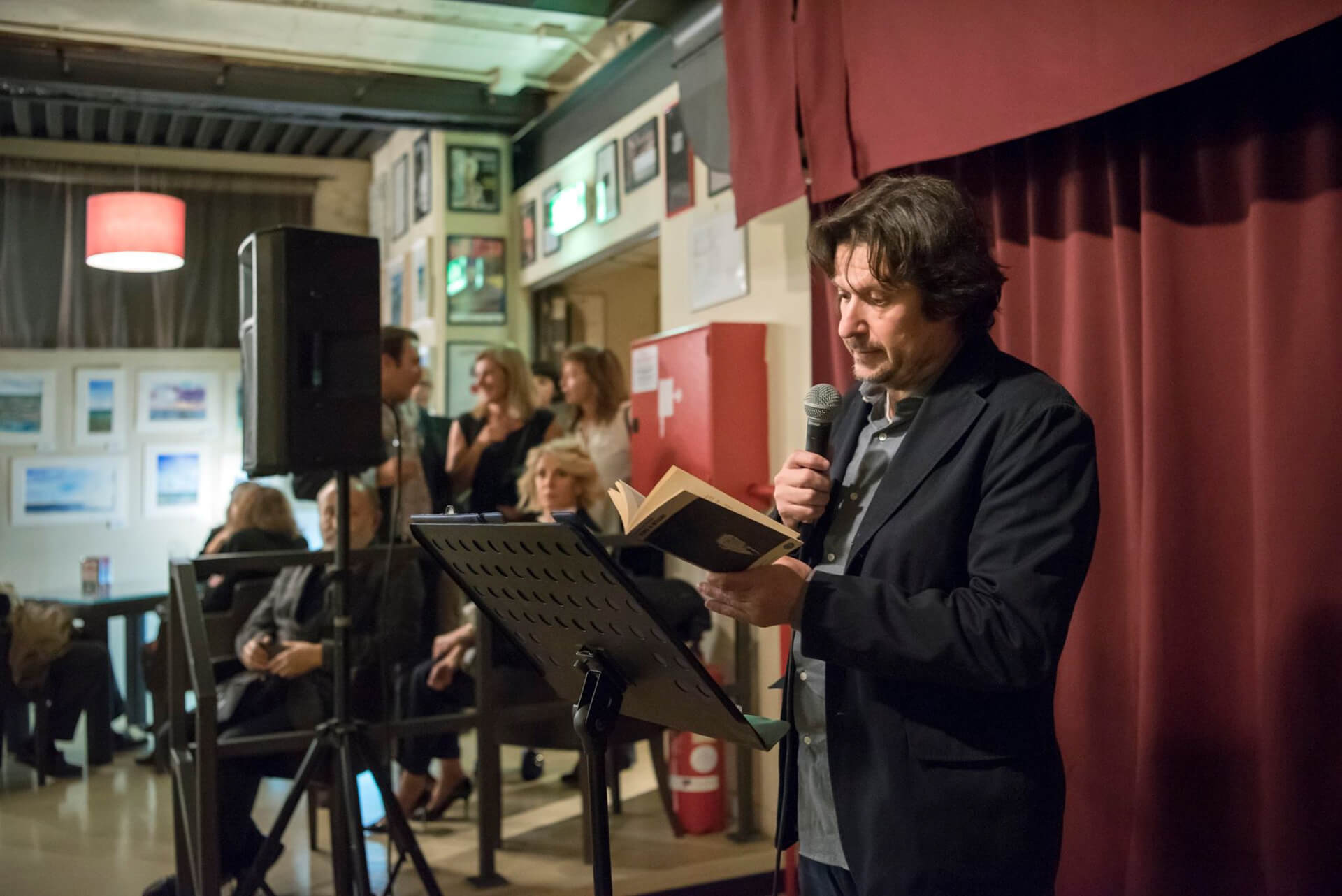 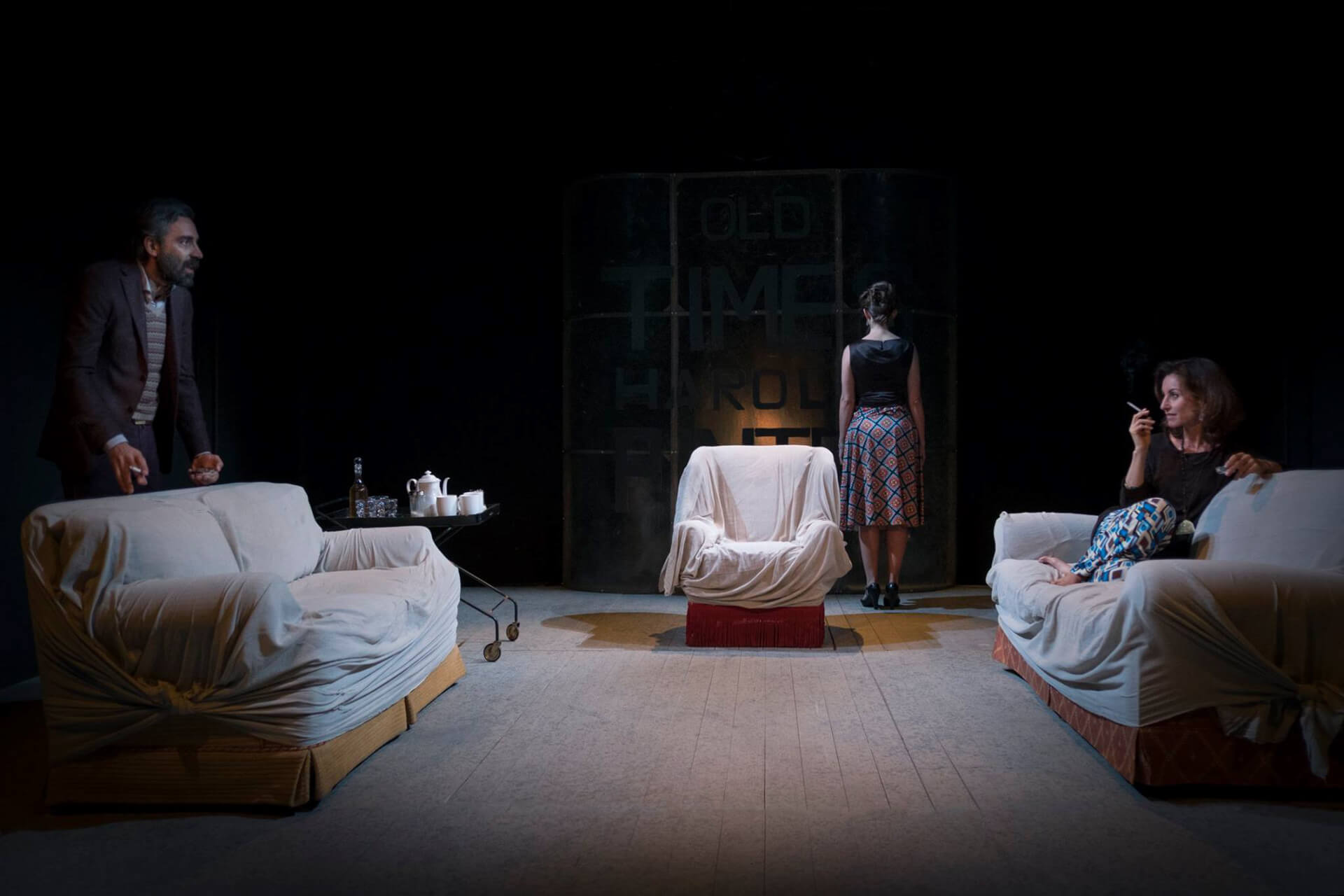 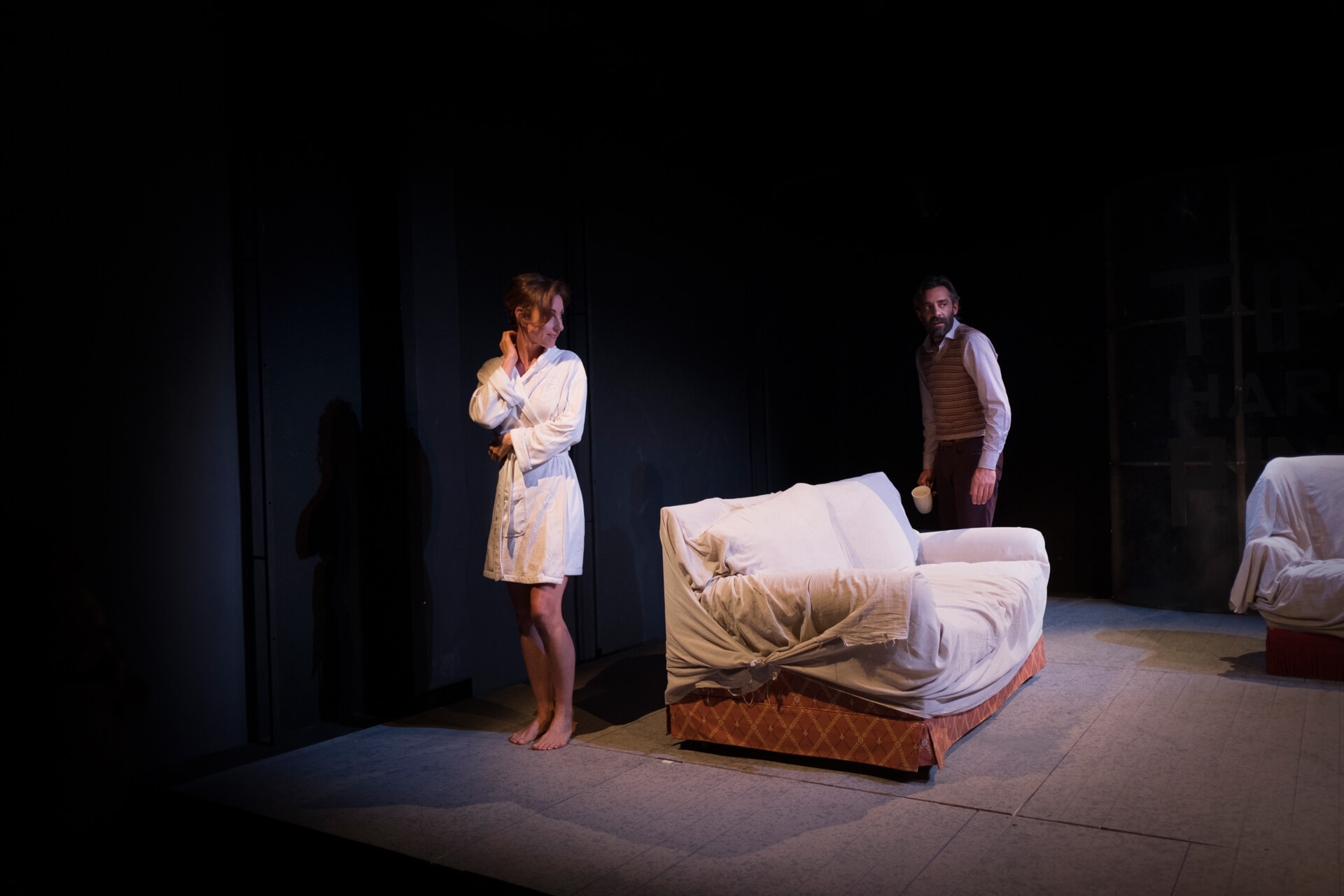 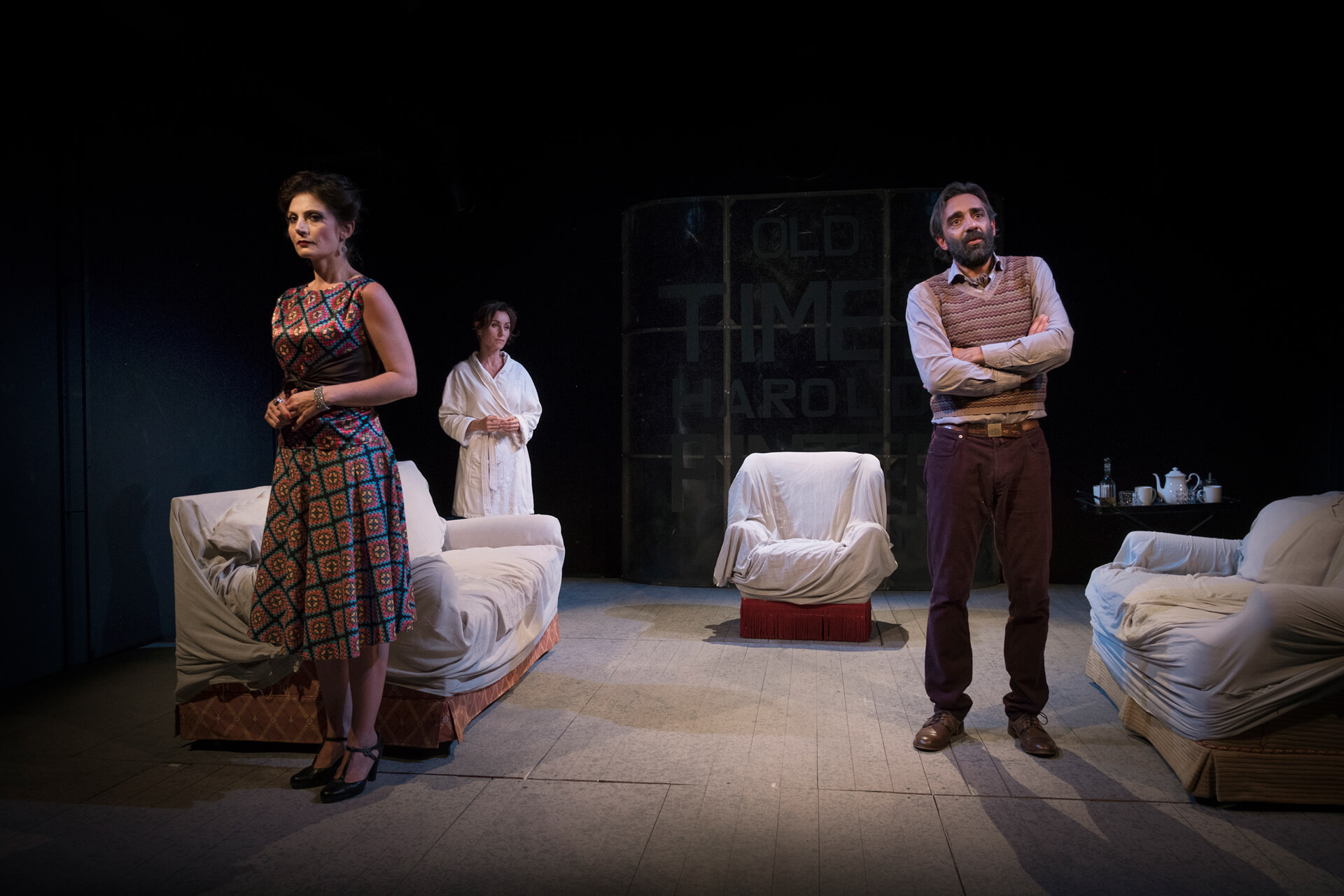 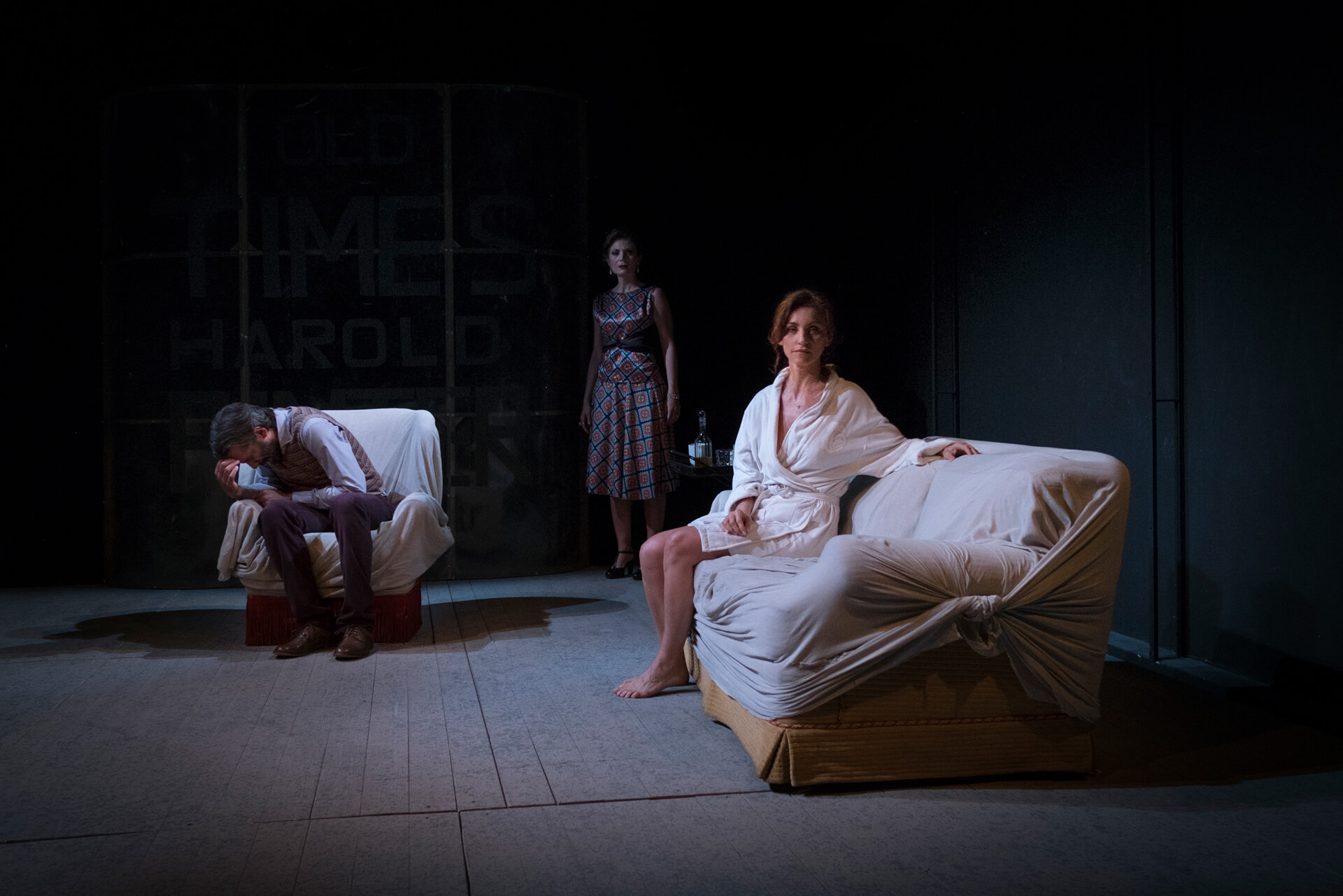 Ambivalence in each interpretation, violence in all its force, the threat of intruders, the art of war waged through words, the need to exercise one’s power over somebody, an interest in past events: all this is masterfully encased within a strange and distorted cuture which leads us to ask questions without ever having the possibility of finding the answers..

“Pinter… and the ghosts of the middle class”

“… The past emerges, ambiguous and contradictory”

“… a simple story, in which memories are the true protagonists, or rather the past is”

“…As often happens with Pinter, the past is the play’s main character”

“… Christine Reinhold uses her foreign accent to confuse the audience, whom she then hypnotises with pauses and light gestures, and particularly in the first part of the performance is perfectly evocative of Pinter’s work: this is exactly how we imagined the character of Kate when reading Old Times on paper”

“… a three-sided match destined to end without winners”

“… here Pinter would now have nothing to complain about. The work is faithful, and Christine Reinhold, Lisa Vampa and Salvatore Palombi perform with compelling dedication … “

“… the more taciturn and ambiguous wife is enacted introvertedly by Christine Reinhold, who skilfully conceals which of the two she does not mean to betray …”

“ … the “game of the triangle” is magnificently sustained by Lisa Vampa, Marco S. Bellocchio and Christine Reinhold, her unmistakable foreign accent adding a touch of mystery to the play…”