02 May 5 unforgettable films about press freedom

“Our liberty depends on the freedom of the press, and that cannot be limited without being lost”

On 17 December 1993 the United Nations declared world press freedom day which since then is celebrated every year on May 3.

The freedom of the press is one of the key pillars of society which cannot consider itself free if it does not enjoy this privilege.

In these times of media confusion, more than ever, it is important the press is protected, and kept free.

While the film industry silently awaits to return to the limelight, we can turn to unforgettable works which have revealed the tragic consequences when freedom of the press is violated, manipulated or threatened.

“Even when the mouths are shut, the question remains open”

1. All the President’s men

In 1976 Alan J. Pakula directed a film which brought to the screen the investigations leading to the Watergate scandal and President Nixon’s resignation.

On an evening of 1972, five men were caught at the Washington Democratic party headquarters, inside one of the buildings of the Watergate residential complex.

The following morning a Washington Post reporter, Bob Woodward, went to the courthouse to write about the hearing. Here he discovered that one of the accused actually worked for the CIA.

He begins to suspect that there is a connection between the incident and Nixon’s presidential re-election campaign. Together with a fellow journalist, he starts investigating into the matter.

The film was a worldwide success and contributed to consolidating the careers of its leading actors Dustin Hoffman and Robert Redford. The movie went on to win four Oscar awards in 977.

You can find “All the President’s men” online on the CHILI platform. 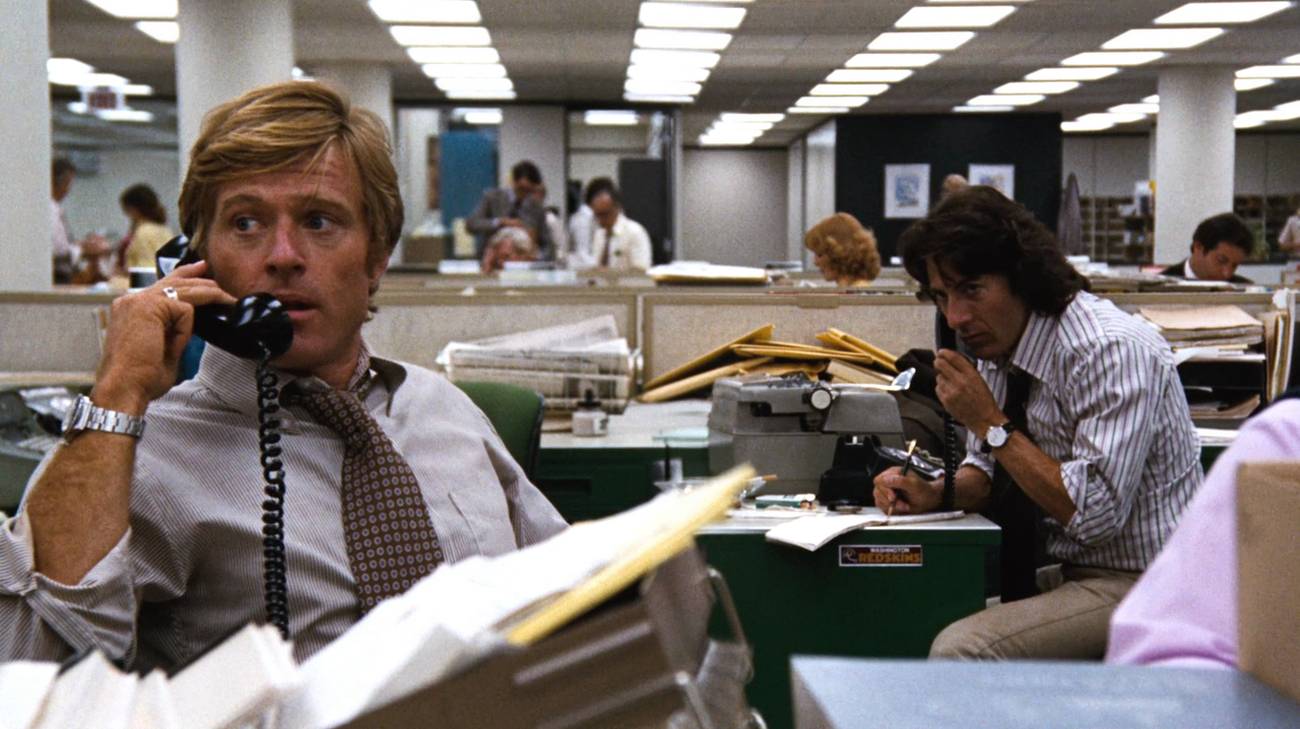 Citizen Kane is the magnum opus of the genius Orson Welles and is considered the best American film of all times by the American Film Institute, as well as the film magazine Sight & Sound and the BBC.

The fim was Welles’ first work as a director and focuses on the main character Charles Foster Kane, an American newspaper magnate inspired by William Randolph Hearst.

Welles, who won his only Oscar for the screenplay of “Citizen Kane”, portrays the character’s public side, his more powerful and ruthless one as well as his more intimate and vulnerable aspect.

The result is the image of a lonely man, unable to love if not “on his own terms and conditions”.

Despite the fact that the film is totally focused on the enigmatic main character, the Italian version decided not to highlight citizen Kane so much as his profession.

The title of the film was “Quarto Potere”, (the fourth force), which was intended to be the press, considered up there with the force of politics in its power of guiding and influencing the public opinion.

You can find “Citizen Kane” online on the CHILI platform. 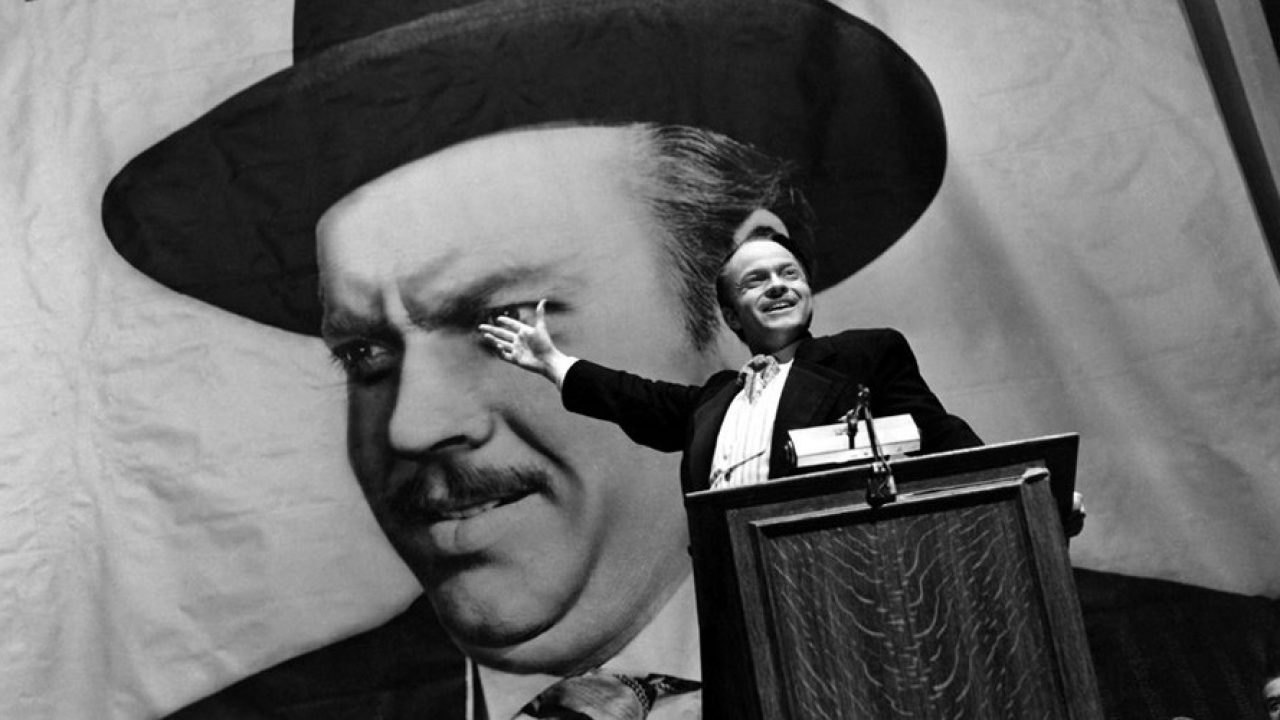 A brilliant comedy on the world of journalism directed by Billy Wilder in 1974.

Chicago, 1930s. Journalist Hildebrand “Hildy” Johnson, is about to get married and intends to retire from his job, but the escape of an anarchist on death row forces him to postpone his retirement.

The awful newspaper director comes up with all kinds of tricks to try and convince the journalist to return to his duties.

When he finally accepts he decides to make public all the underhand election manoeuvres behind the entire affair.

The film which won two David Donatello awards is the third adaptation of the 1928 play and included a young Susan Sarandon in the cast.

It is still one of the highest examples of how irony can be made on the press’s corruption while exposing its limits and negative side.

You can find “The Front Page” online on the CHILI platform. 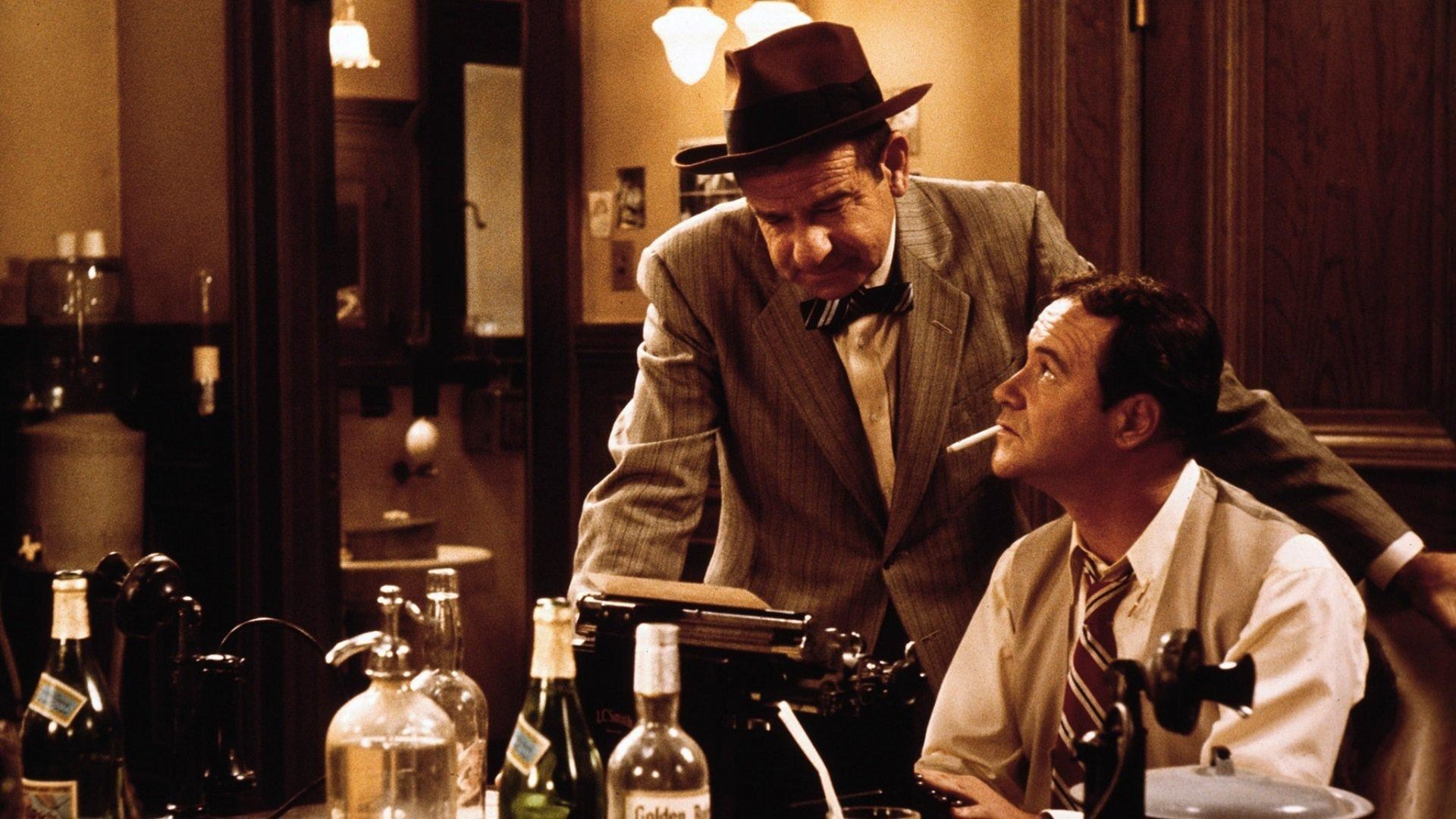 4. Slap the monster on page one

In his 1972 masterpiece, Marco Bellocchio denounces the press’s corruption in the 1970s.

Throughout the entire film Bizanti will make every attempt to make a young left-wing student appear guilty of murder, thereby satisfying the president of the party supporting the newspaper.

In the film Bellocchio included scenes taken from real life rallies of the time: nearly fifty years later we are confronted with one of the most bitter chapters of the First Republic. .

You can find “Slap the monster on page one” online on the CHILI platform. 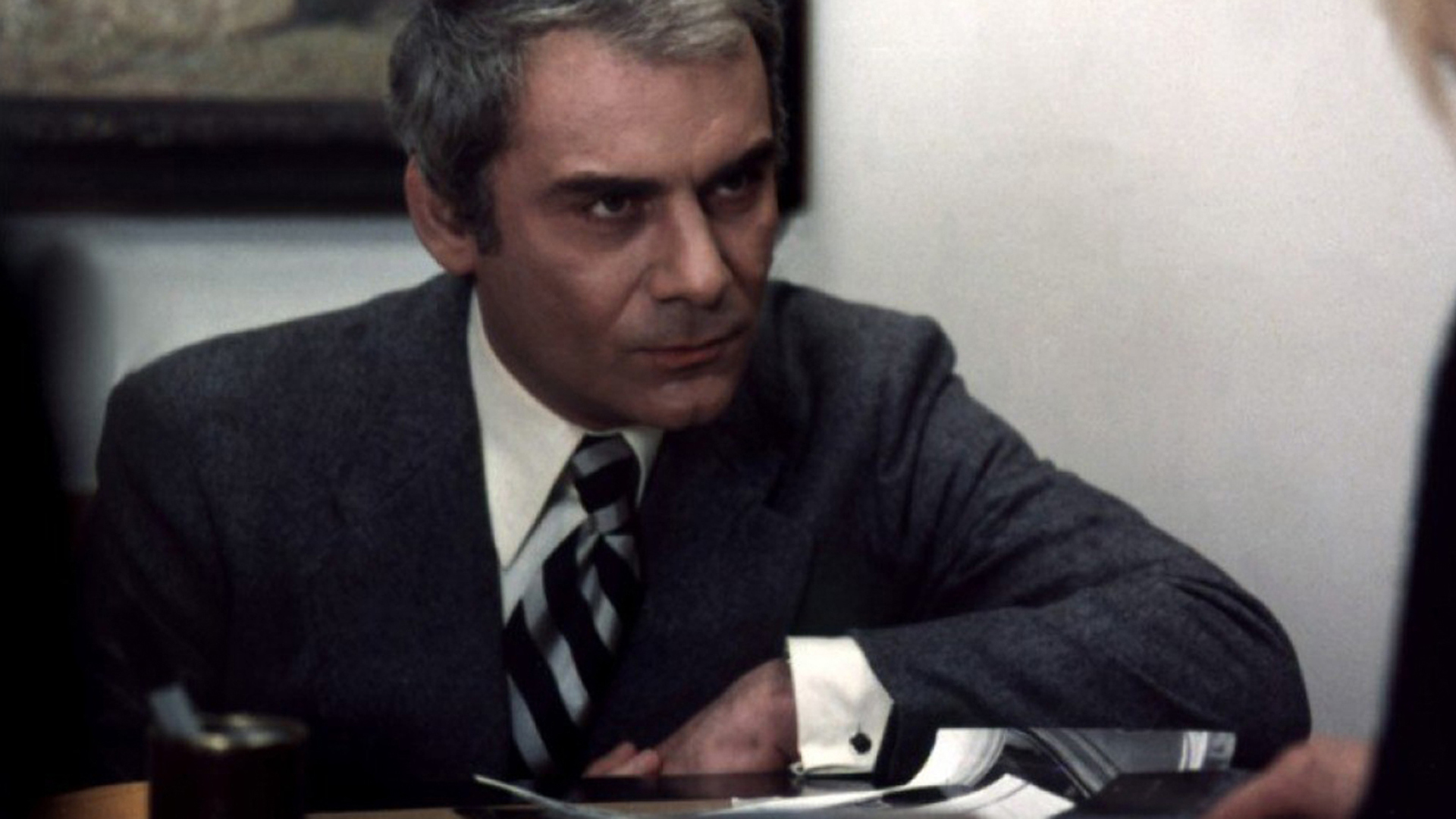 Film directed by Rob Marshall in 2002

Chicago, 1924.  Roxie Hart appears as a naive artist who dreams of escaping the boredom and indifference of her married life through dance and singing. Roxie has a keen interest in Velma Kelly, a Vaudeville performer accused of having killed her husband and sister.

The main character finds herself by her side in the county prison when she herself is accused of homicide.

With the help of Matron Mama Morton, Roxie gets to know the legendary lawyer Billy Flynn, who accepts to take on her case and not only guarantees she will be acquitted but also that she will become a star in the eyes of the press.

Inspired by the 1975 musical, the film won six Oscars and depicted an extremely negative image of the press, always in the hunt for sensationalism which it preferred to the truth. Although set in the 1920s, the film is still very relevant today.

You can find “Chicago” online on the YouTube and Google Play platforms. 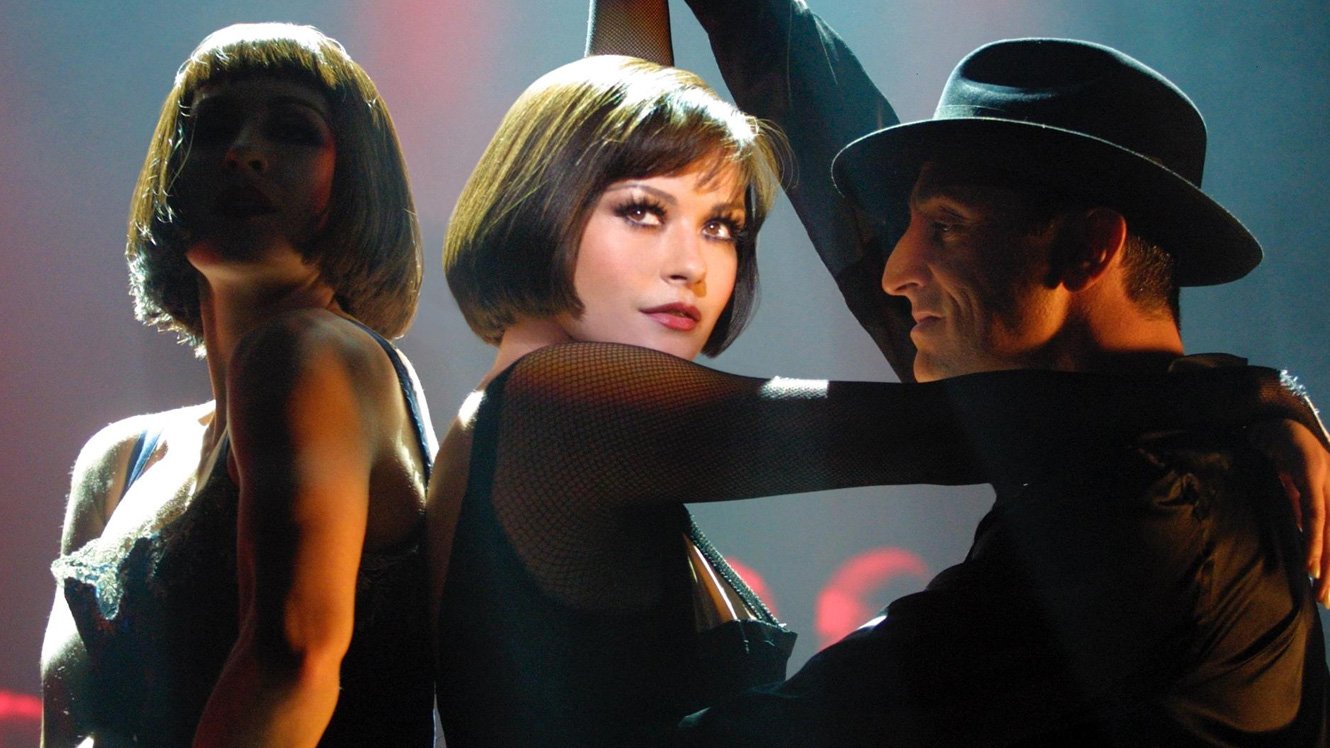