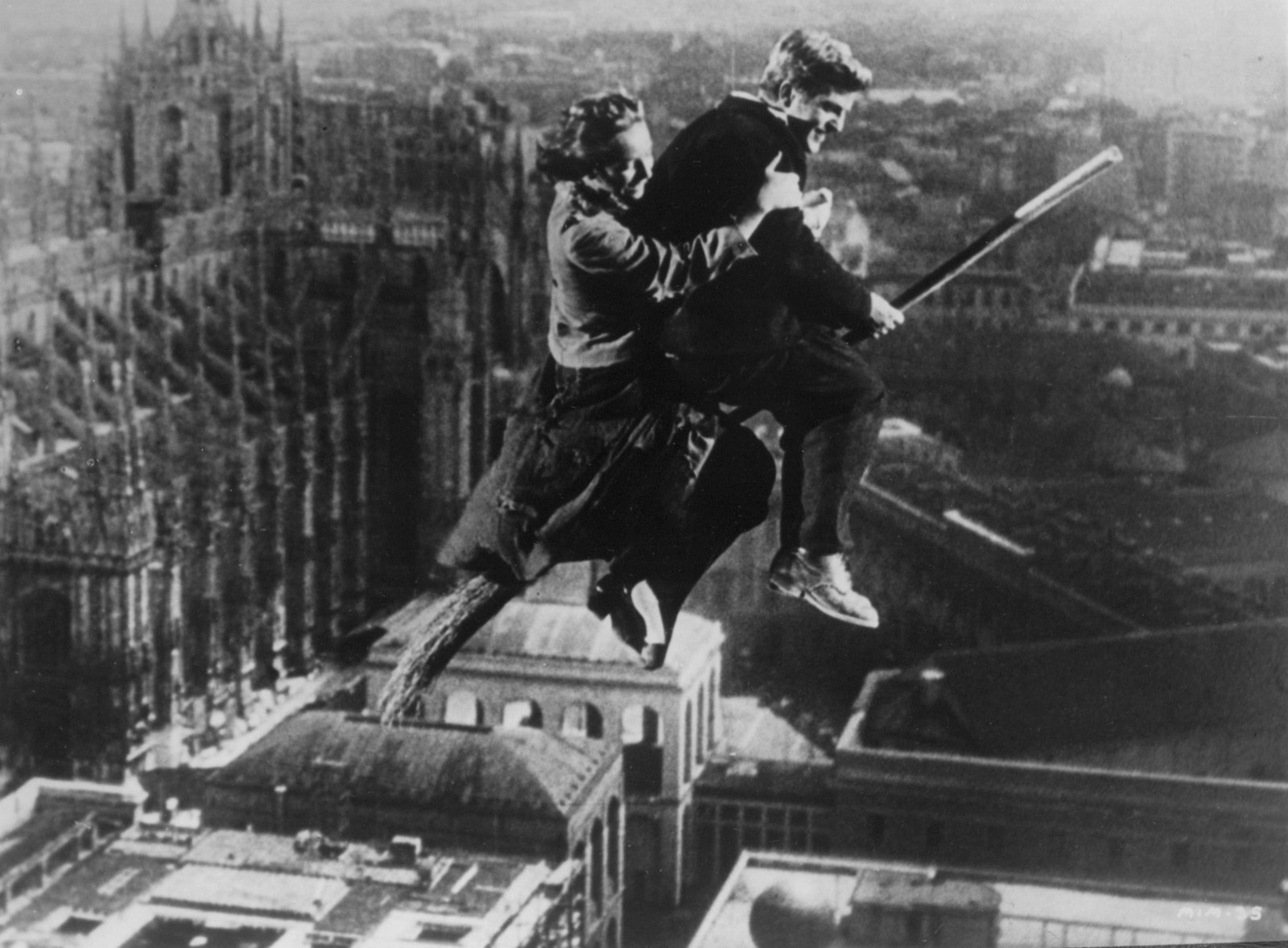 06 Jun Film making and Milan: a love story which has lasted over a century

Even though in the collective imagination the historic capital of Italian cinema is Rome with its Cinecittà, some might know or remember that the very first film industry in Italy developed in the city of Milan, and more specifically in the Turro neighbourhood where Luca Comerio had a cinema complex built. For the time it was very modern with even a sound stage situated in a 22,00 square metre area.

Comerio was also a pioneer of war documentaries and was probably the first man to film war on the front during Italy’s 1911 military expedition to Libya.

In 1917 Hovhannes H. Zelilian’s Armenia Film compound was built in Milan’s Bovisa, in via Filippo Baldinucci. Today there is a park named after him. 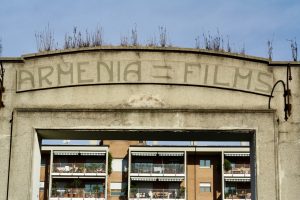 Then came the Fascist regime and built Cinecittà which became Italy’s centre of movie production.

The love story between the “city of the Madonnina” and cinema resumed in the post-war period. Such films as Vittorio de Sica’s 1951 “Miracle in Milan” were filmed there. The ending with the broom flight over the Duomo cathedrals’ pinnacles years later will inspire the flight of the boys on a bicycle in Steven Spielberg’s “ET”. 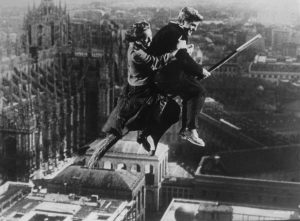 In 1960, “Rocco and his brothers” was filmed in Milan by Luchino Visconti , a director who was to become one of the major personalities in 20th century culture.

As well as being used by directors as the setting for their stories, Milan witnessed an increase  in new forms of visual communication: Bruno Bozzetto, Osvaldo Cavandoli and the Fratelli Pagot were all from Milan, and they made the history of animation creating unforgettable characters such as  Sig. Rossi, La Linea and Calimero.

Director Ermanno Olmi is Milanese by adoption and it is here that he took his first steps documenting the industrial activity of Edison-Volta.

As narrative approaches expanded and changed Milan came to represent the contrast between north and south, such as in the film  “Totò Peppino e la Malafemmina” . It became the place where the working class survived, amidst hard work, social demands and passions, for example in Monicelli’s 1974 “Romanzo popolare”. 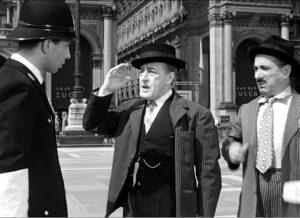 In the 1970s it was police movies which found a setting in the streets and alleys surrounding Milan’s cathedral. From the 1968 “Banditi a Milano”  to the 1977 “Il cinico, l’infame e il violento” not forgetting the 1972  “Milano calibro 9” with the up and coming Gastone Moschin. 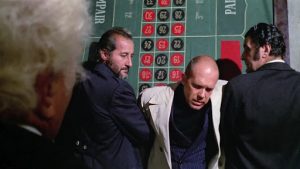 Then there was the success of actors and directors such as Nichetti. From a theatrical background, he founded the company “Quelli di Grock” and in 1979 with “Ratataplan” he brought the surreal and dream-like comedy back into Italian cinema, even being compared to Woody Allen.

It was a period of great impetus and Milan became a symbol of opportunity with the rise of comedians such as Pozzetto, the performers of the Derby which included such names as  Diego Abatantuono, Claudio Bisio, Massimo Boldi, i Gatti di Vicolo Miracoli (including Jerry Calà).

Adriano Celentano’s comedies and the films by the Vanzina brothers are set in the “Milano da bere” and include “Via Montenapoleone”, “Sotto il vestito Niente” and “Yuppies”; while Oscar winning director, Gabriele Salvatores, Milanese by adoption, set his first films in the city which saw him grow , not only artistically: “Kamikazen” (1987) and “Marrakech Express” (1989). 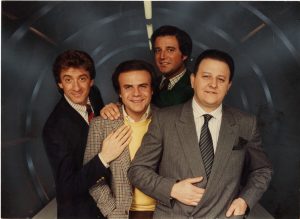 The 1990s onwards saw the rise of performers such as  “Aldo Giovanni e Giacomo” who brought back the by now dormant conflict between north and south. They made Milan the setting of their adventures in films such as the 2000 “Chiedimi se sono felice” where there is a scene in which the trio play a basketball match against the  “Ghisa” team (the Bobbies)  in Piazza dei Mercanti, while their bicycle rides at night in the streets of the Isola neighbourhood have remained in the imagination of so many people.

What about Milan today?

Milan today is the city of fashion and is seen as the most European of all Italian cities.  It has production realities of all types and sizes which plan and carry out all kinds of services within the field of production, whether it be for music videos, fashion presentations, advertising,  documentaries, films and tv series.

Such studios work both  locally and internationally, such as Real Time, Colorado Film founded by Abatantuono and Salvatores, Indigo Film which  won a number of awards thanks to “The Great Beauty” (La grande bellezza) which was even awarded as Oscar for best international feature film in 2014.

Mir Cinematografica which while remaining an independent production studio collaborates with director Alina Marazzi and has produced works such as  “Un’ora sole ti vorrei” receiving a special mention at the Festival dei Popoli, as well as at the Locarno Film Festival and wonning the award for best documentary at the Torino Film Festiva; “Vogliamo anche le rose” and “Tutto parla di te” with Charlotte Rampling, again expressing themes connected with the female universe.

With “Liberami”by Federica Di Giacomo the production studio won the Lion for Best Film in the Orizzonti section of the 73rd edition of the Venice Film Festival.

And finally Studio Bozzetto which produces animations for all kinds of media, Studio Azzurro which was a pillar of video art in Italy and Altamarea Film, an independent production company, to mention just some of the  realities which are a testament to the ferment and the creativity which unravel under Milan’s skies.

"Milan", A World with a View, cinema