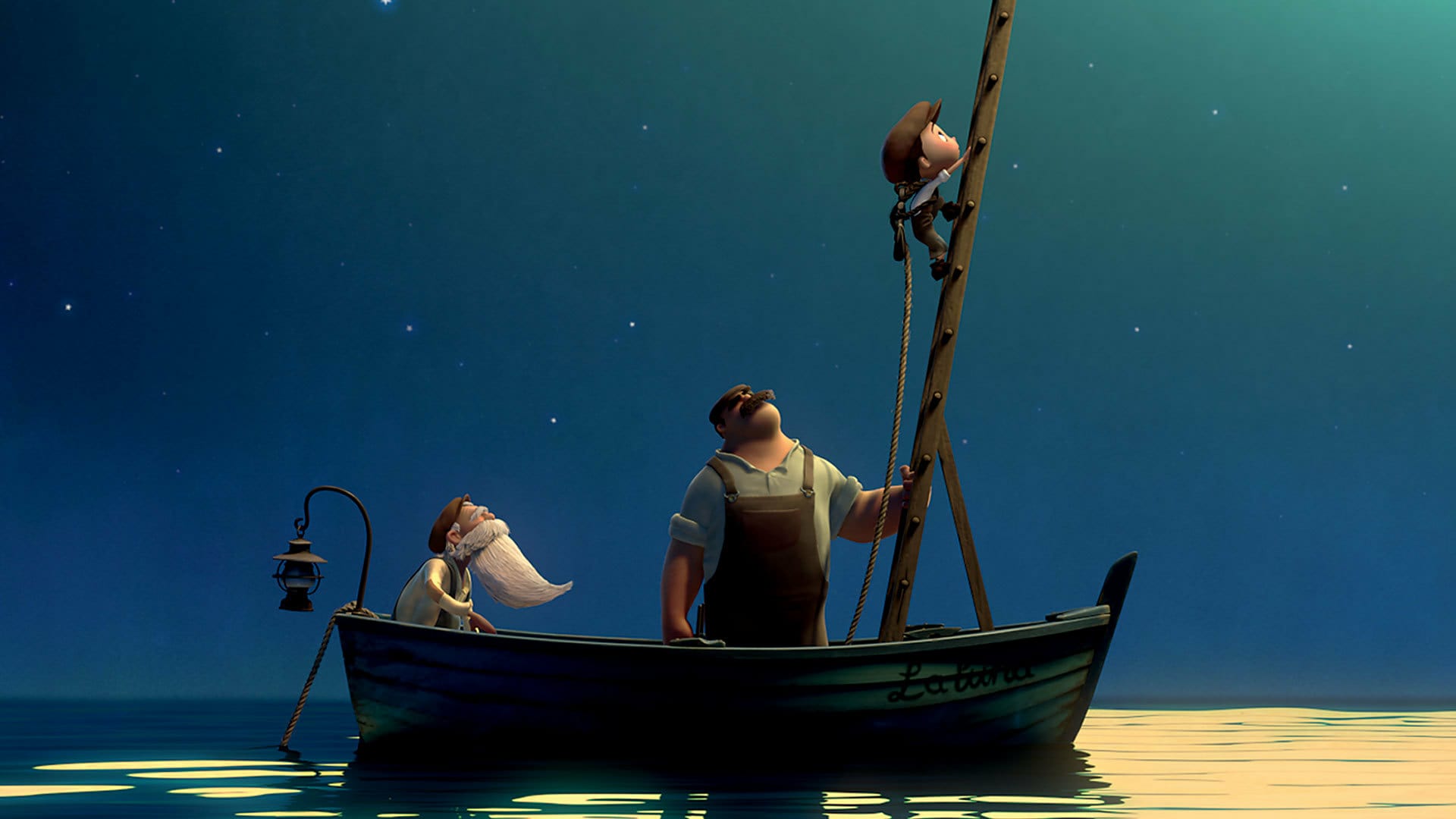 Tonight, in the April sky, the moon will glow in all its splendour. At its perigee, the supermoon will shine a light on the whole of Italy’s strangely deserted streets.

A symbol of rebirth and hope, loved and celebrated by entire generations of poets, the Moon accompanies the thoughts and the gaze of those

who dream staring at the sky and continues to inspire souls and works.

“Aim for the moon. Even if you miss you will find yourself surrounded by stars”.

Nominate at the 2012 Oscars, the short is the first and until now only Pixar work to be directed by and Italian director.

The film brings together reality and phantasy. A boy, Bambino, is accompanied by his grandfather and his father on his first and extraordinary day at work: he will be cleaning the moon of any falling stars.

Bambino, in the moon dust, will have to stop listening to his family’s directions and choose to become an independent adult.

The characters, inspired Miyazaki’s animations, suggestive of the naive expressions and movements of Massimo Troisi, all speak an imaginative Gibberish language.

Does the sky have any short cuts, summer moon?

Like the Little Prince, Bambino takes the viewer back to that moment of growing up when we stop emulating others and begin to live our own lives, independently. All this under the Moon’s watchful eye. Always noble and everlasting.